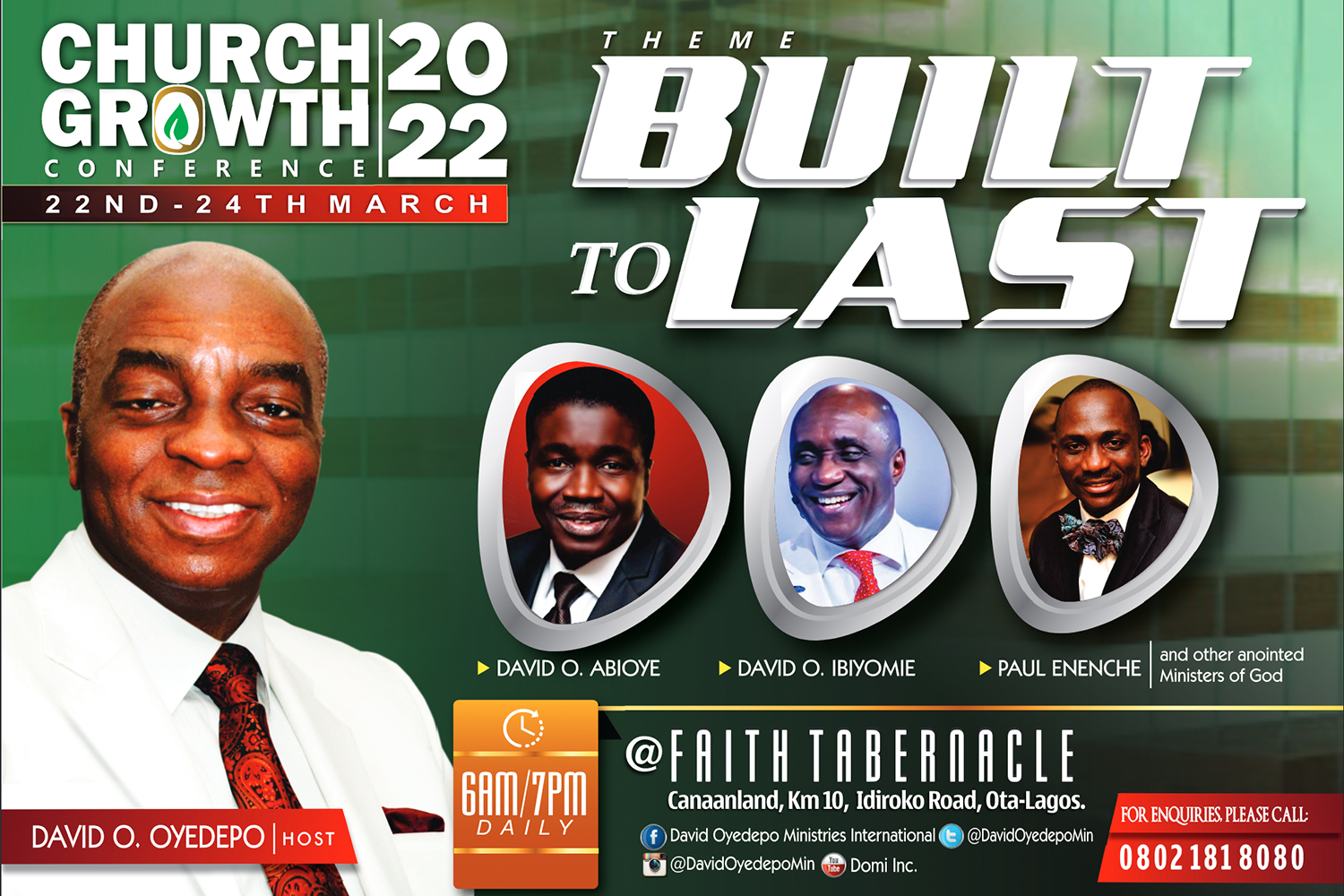 On the 27th of September 1954, David Olaniyi Oyedepo was born to the family of Pa Abraham Oyedepo and Madam Dorcas Oyedepo in a town called Osogbo, South-West of Nigeria. He is a native of Omu-Aran, Irepodun Local Government Area of Kwara State.

While growing up, the only outings he ever knew were the daily trips to the church. According to him, his mother made him attend early morning prayers at 5:00 a.m. every day – literally dragging him along half-asleep and half-awake! So, he grew up around God and the church.

However, the story of his life cannot be complete without mentioning the great foundation he had from his grandmother’s upbringing. His parents left him with his grandmother, Rachael Adeyiola Odetundun, for schooling while they went ahead with their businesses in Osogbo, the town he was born. She was a devout Christian in the Anglican Church, and she would go to church very early on Sunday mornings for the Holy Communion and would always take her tithe along in a can (a local container for keeping money). Thus, he grew up in a healthy spiritual environment, with his grandmother as his first God-ordained mentor, and she did a great job raising him with her philosophical teachings.

He started his primary school in the church and later proceeded to Government Secondary School, Omu-Aran, where he met Betty Lasher, a teacher from a missionary organisation, who taught him Christian Religious Knowledge and later introduced Christ to him on the 19th of February 1969, at the age of fifteen.

He went further to attend Kwara State Polytechnic, Ilorin, where he studied Architecture. Thereafter, he went for his PhD in Human Development at the Honolulu University, USA.

While on a trip to Ilesha on the 1st of May 1981, he encountered the Holy Spirit which said to him, ‘Look out for a quiet place, I want to talk to you’. He obeyed the voice of the Holy Spirit and this preceded an Encounter of an “Eighteen-hour vision”.

In that great vision, he saw a line-up of afflicted and oppressed, broken, beaten, battered, the blind, the lame and the wretched. He saw all kinds of deformities, and he was greatly bewildered. He heard their wailings as they filed past, and their groanings were so intense that he could almost feel their pains. He could not help it, and so, he began to cry and sob along with them. But, he asked, ‘Lord, what is this?’ Then, he heard God say to him, ‘And from the beginning, it was not so’. Distinctly, he heard God say the second time,

‘And from the beginning, it was not so and now, the hour has come to liberate the world from all oppressions of the devil, through the preaching of the Word of faith; and I am sending you to undertake this task’.

That encounter gave birth to the Liberation Mandate, popularly known as the Living Faith Church Worldwide.

Also, he is happily married to Pastor (Mrs) Faith Oyedepo, and they have experienced three decades of hitch-free marriage and are blessed with sons, daughters and grandchildren.